Tallahassee – It was chilly the morning of Florida A&M Universities’ homecoming parade, but Florida Congressman Charlie Crist didn’t seem bothered. He talked to supporters. The youngest girl fist pumped him before she pulled her orange and green Crist for Governor shirt over a sweatshirt. The diminutive Brenda Holt, Chair of the Gadsden County Commission joined the former governor on the back seat trunk of the white convertible Mustang. Outfitted with “Crist for Governor,” “Florida for All” signs Crist and his supporters pulled into the parade. For the next half hour, the mustang rocked with Aretha Franklin’s “Respect,” Bruno Mars “Uptown Funk” and Michael Jackson’s “Thriller,” to cheers, thumbs up, and applauds from thousands of people lining the streets winding through FAMU. Holt waved her Crist sign saying “We need a Governor!” The crowd said, ‘Beat DeSantis,” ”DeSantis has got to go,” while Crist added, “We’ll do it together!” When Joe Bullard announced Crist as he passed the reviewing stand, his popularity was again on display. Bragg Stadium was at 31,000 capacity with thousands more at tailgates around the facility. Crist visited the most popular tailgate hosted by supporter and friend Attorney Daryl Parks.  Another famed FAMU graduate, director/producer Will Packer guided the alumni Greek step show of revelers. The selfies were non-stop along with the pledges of support in the race for governor against Ron DeSantis.  But more compelling was the number of people thanking Crist for helping them. Ollice Weaver of Tallahassee was one of 155,000 non-violent violent felons, had his civil rights restored by Crist. Weaver said it changed his life.  Crist said, “That’s why I’m running for Governor again.” Weaver replied, “That’s right, we’ve got to get DeSantis out of there.” 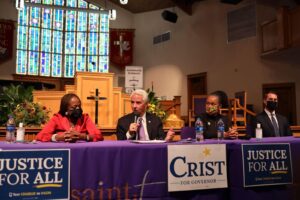 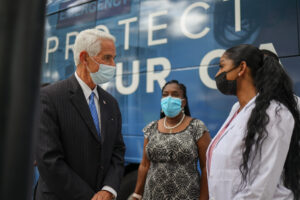 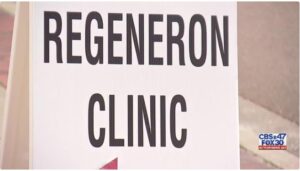 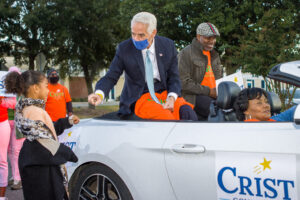 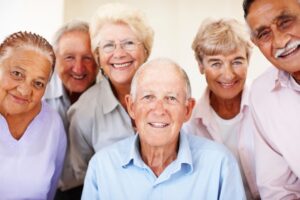 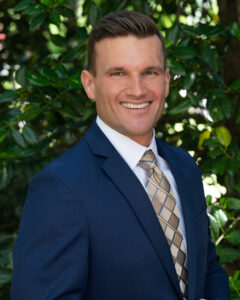