NNPA NEWSWIRE — The Bipartisan Infrastructure deal addresses economic disparities in our economy and the consequences of decades of disinvestment in America’s infrastructure that have fallen most heavily on communities of color. Through critical investments, the Bipartisan Infrastructure deal increases access to good-paying jobs, affordable high-speed internet, reliable public transit, clean drinking water and other resources to ensure communities of color get a fair shot at the American dream.

The deal will make a critical down payment on helping the more than 25 million children and thousands of bus drivers who breathe polluted air on their rides to and from school. (Photo: iStockphoto / NNPA)

The agreement will also create good-paying, union jobs. With the remainder of the President’s Build Back Better Agenda, these investments will add, on average, around 2 million jobs per year over the course of the decade, while accelerating America’s path to full employment and increasing labor force participation.

The Bipartisan Infrastructure deal addresses economic disparities in our economy and the consequences of decades of disinvestment in America’s infrastructure that have fallen most heavily on communities of color. Through critical investments, the Bipartisan Infrastructure deal increases access to good-paying jobs, affordable high-speed internet, reliable public transit, clean drinking water and other resources to ensure communities of color get a fair shot at the American dream.

These critical investments are first steps in advancing equity and racial justice throughout our economy. The President believes additional investments are needed in our nation’s caregiving infrastructure, housing supply, regional development, and workforce development programs to ensure that communities of color and other underserved communities can access economic opportunity and justice. And, earlier this summer in Tulsa, OK, President Biden announced a whole-of-government effort to increase the share of federal contracts going to small, disadvantaged businesses by 50 percent over the next five years, leveraging the government’s purchasing power to help more Americans realize their entrepreneurial dreams.

There is a stark digital divide in America. Black families are 9% less likely to have high-speed internet than their white peers, and Latino Americans are 15% less likely. About 35% of individuals living on Tribal lands lack access to broadband service. Although studies suggest high levels of digital access for Asian Americans, these studies are often limited in scope and don’t identify key inequities. For example, broadband access and affordability in the Pacific Islands has long been a challenge. During the COVID-19 pandemic, there were stories of kids sitting in McDonald’s parking lots to log on to remote school in parts of the country. The President believes this is unacceptable.

The agreement’s $65 billion investment ensures every American has access to reliable high-speed internet with an historic investment in broadband infrastructure deployment, just as the federal government made a historic effort to provide electricity to every American nearly one hundred years ago. This includes a $2 billion investment in broadband in Tribal communities which were hit particularly hard by the COVID-19 pandemic.

Across the country, pipes and treatment plants are aging and polluted drinking water is endangering public health. There are up to 10 million homes with lead service lines and pipes. Children in up to 400,000 schools and child care facilities are at risk of exposure to lead. Across the country, families of color are at the highest risk for lead exposure at home and in schools. Communities of color in cities like Chicago, Milwaukee, and Newark are also at particular risk. For kids, higher exposure to lead can negatively affect academic performance, and can lead to cardiovascular disease later in life. By some estimates, each lead service line replaced at a cost of $5,000 per line leads to $22,000 in health savings.

The deal makes the largest investment in clean drinking water in American history, replacing all of the nation’s lead pipes and service lines. From rural towns to struggling cities, the deal invests in water infrastructure across America, including in Tribal Nations and disadvantaged communities that need it most. The deal also includes dedicated funding to deal with the dangerous chemical PFAS (per- and polyfluoroalkyl).

The Framework’s historic investment in public transit – the largest federal investment in history – will reduce commute times and create more economic opportunities in communities of color. In addition, bus and transit workers are 31% Black and 19% Hispanic, compared to 12% and 18% respectively of the workforce overall.

The Bipartisan Infrastructure deal is the largest Federal investment in public transit in history and devotes a larger share of funds from surface transportation reauthorization to transit in the history of the programs. It will repair and upgrade aging infrastructure, modernize bus and rail fleets, make stations accessible to all users, and bring transit service to new communities. It will replace thousands of transit vehicles, including buses, with clean, zero emission vehicles.

Significant portions of the interstate highway system were built through Black neighborhoods, destroying homes, schools, churches, and parks and causing lasting disconnection and disinvestment for residents who stayed. More broadly, historic investments in transportation infrastructure, especially highway construction, cut too many Americans off from opportunity, dividing and demolishing communities, and perpetuating economic and racial injustices. The deal creates a first-ever program to reconnect communities divided by transportation infrastructure. The program will fund planning, design, demolition, and reconstruction of street grids, parks, or other infrastructure. This is in addition to other major grant programs that could fund elements of these projects.

The deal will make a critical down payment on helping the more than 25 million children and thousands of bus drivers who breathe polluted air on their rides to and from school. Diesel air pollution is linked to asthma and other health problems that hurt our communities and cause students to miss school, particularly in communities of color and Tribal communities. The deal will deliver thousands of electric school buses nationwide, helping school districts across the country buy clean, American-made, zero emission buses, replacing the yellow school bus fleet for America’s children.

Across America, 26% of Black Americans and 29% of Hispanic Americans live within 3 miles of a Superfund site, a higher percentage than for the overall population. Proximity to a Superfund site can lead to elevated levels of lead in children’s blood. Recent studies demonstrate that cleaning up these sites can lead to a decrease in blood levels by approximately 13-26%.

The Bipartisan Infrastructure deal provides the full American Jobs Plan funding level — $21 billion – to create good-paying union jobs plugging orphan oil and gas wells, cleaning up abandoned mines, and remediating Brownfield and Superfund sites. As we transition to a clean energy future, the Bipartisan Infrastructure deal will begin to remedy economic injustice for communities across the country that have relied on the fossil fuel industry and have been affected most by the impacts of climate change and pollution, including rural communities and communities of color.

People of color are more likely to live in areas most vulnerable to flooding and other climate change-related weather events. For example, in the wake of Hurricane Harvey, Black and Hispanic residents were twice as likely to report lost income. Tribal lands are significantly at risk to the effects of climate change and Alaska Natives are particularly vulnerable, as they face multiple climate impacts.

The deal invests in helping communities build resilience to wildfires and floods through investments in forest management and upgrades to critical infrastructure — like elevating buildings, roads, and bridges, hardening physical infrastructure, and winterizing the power grid. And it will fund state and local infrastructure improvements and emergency response strategies, such as planning grants to support development of evacuation routes or upgrading community shelters. The deal will also make it easier for low-income families to buy flood insurance.

Black, Latino, Asian American and Pacific Islander, and Native communities are more likely to be burdened by pollution. Black people are almost three times more likely to die from asthma related causes than their white counterparts. And more than one in three — or over 23 million — Latinos in the U.S. live in counties where the air doesn’t meet EPA public health standards for smog. 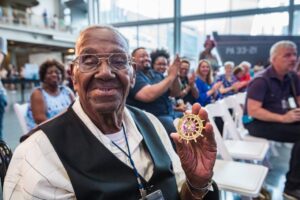 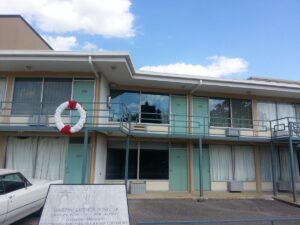 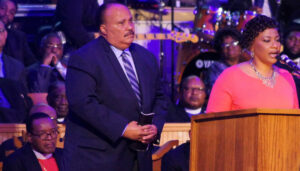