The map was approved by Florida lawmakers during a special session after DeSantis vetoed the Legislature’s original plan.

Judge J. Layne Smith, a DeSantis appointee to the 2nd Circuit Court of Florida, said during a hearing that he intended to issue an order granting an injunction that would prevent the map from going into effect. Smith said the map violates the state constitution “because it diminishes African Americans’ ability to elect the representative of their choice.”

The order could come as soon as Thursday. A DeSantis spokeswoman said the judge’s ruling would “undoubtedly” be appealed.

“As Judge Smith implied, these complex constitutional matters of law were always going to be decided at the appellate level. We will undoubtedly be appealing his ruling and are confident the constitutional map enacted by the Florida legislature and signed into law passes legal muster. We look forward to defending it,” spokeswoman Taryn Fenske said in a statement.

Florida’s Republican-controlled legislature pushed through the state’s new congressional boundaries along party lines in a contentious April special session. The approved map, put forward by DeSantis, controversially eliminated two districts represented by Black Democrats and would given Republicans an advantage in as many as 20 of 28 districts.

DeSantis contended that Florida’s 5th Congressional District, currently represented by Democrat Al Lawson, was unconstitutional because it stretched 150 miles to connect from Tallahassee to Jacksonville.

But Smith during the hearing said the district had historical roots in Black communities along the Florida-Georgia border once populated with plantations. He added that his hands were tied by the precedent set by the state Supreme Court, which last decade set the district boundaries after years of legal battles, and the state constitution, which says a reapportionment plan cannot diminish the ability of minority residents “to elect representatives of their choice.”

The map DeSantis signed into law decreased from four to two the number of districts where Blacks make up a plurality of voters, known as Black access districts. In addition to eliminating Lawson’s seat, the state’s map also shrank the percentage of Black voters in Florida’s 10th Congressional District, an Orlando-area seat represented by Rep. Val Demings, a Black Democrat now running for US Senate. DeSantis’ office accomplished this by shifting the district east toward Whiter communities.

Florida state Rep. Kelly Skidmore, the ranking Democrat on a legislative redistricting subcommittee, said in a statement Wednesday, “No matter how they repeatedly tried to justify themselves, it should come as no surprise to the Governor and this Republican-led legislature that the map is a violation of Florida’s Fair Districts amendments and the U.S. constitution.”

Earlier this year, Florida lawmakers approved a different map and a backup in case a court found the first one unconstitutional. However, DeSantis vetoed it in March and later called lawmakers back into a special session to approve new congressional boundaries. The map that was approved and signed into law was drawn by DeSantis’ office.

Smith suggested the maps DeSantis vetoed could serve as the basis for maps used in the 2022 election. The vetoed maps included a Black access district in northern Florida.

DeSantis appointed Smith to the circuit court in 2020. Smith previously served a county judge appointed in 2015 by then-Gov. Rick Scott, a Republican who is now the state’s junior US senator.

Republicans currently hold a 16-11 advantage in Florida’s US House delegation. The state added a 28th district following the 2020 US census. How Do I Prepare My Phone for a Protest? 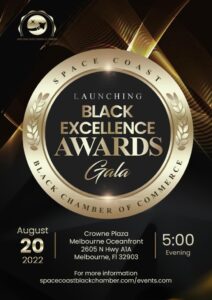