This past week, archaeologists in Tampa Bay, Florida reported the discovery of 328 graves under St. Matthews Baptist Church Cemetery. Gravesites that according to The Tampa Bay Times were supposed to be relocated nearly 70 years ago when the church agreed to sell the land to a group of developers. Back then, St. Matthews Baptist Church was fighting a mountain of city fees assessed to the segregation-era cemetery. Church leaders found hope in a trio of businessmen who agreed to take on the debt in exchange for the land.

Recently, FrankCrum human resources consulting firm sits on top of that land sold in 1955 along with the neighboring strip of Missouri Avenue. The archaeological firm Stantec had initially announced the discovery of 70 graves at the site back in 2020 with the use of ground penetrating radar equipment. And between April and May of this year, Stantec returned to continue the survey which led to the discovery of 258 others.

According to local reports, there are likely to be more. Historical data shows that at least 533 people were once buried there. The report also shows that there were at least 21 areas of interest where the date came back inconclusive.

Other graves are likely to be found under a section of the FrankCrum building that could not be surveyed, “although the overlap is likely only enough space for two north-south grave rows,” Stantec’s report says.

The detected graves on the FrankCrum property are under a paved parking lot and entry courtyard.

“The community was told back then that the bodies would be moved,” said Zebbie Atkinson IV, president of the Clearwater/Upper Pinellas NAACP. “It seems the community was lied to.”

This of course is not the first time such an incident has occurred. In 2019, USA TODAY also reported on a Tampa high school built on top of another Black cemetery where 145 graves were found using the same technology.

Why can’t ghosts be real, and everyone involved be haunted for the rest of their lives? 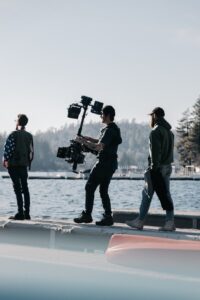