Warning: array_merge(): Expected parameter 2 to be an array, string given in /var/www/wp-content/mu-plugins/gd-system-plugin/plugins/mwc-core/src/WooCommerce/Payments/GoDaddyPayInPersonGateway.php on line 1759
 Mississippi Officials Gave Millions In Welfare Money To Rich Folks But Ignored Looming Jackson Water Crisis -
Skip to content

Mississippi is the poorest state in the union. 18.8% of its residents live at or below the poverty line.

Former NFL quarterback Brett Farve was recently questioned by the FBI for his involvement in a Mississippi welfare-money scandal.

According to reports, Farve was paid $1.1 million in federal welfare funds in 2017 and 2018 for motivational speeches he allegedly never gave.

Although Farve has paid some of the money back, the Mississippi state auditor says he still owes  $228,000 in interest.

The auditor also revealed that $70 million in Temporary Assistance for Needy Families (TANF) welfare funds were dished out to a multimillionaire athlete, a professional wrestler, a horse farm, and a volleyball complex.

According to officials, Brett Farve has not been charged and his lawyer has repeatedly claimed Farve did nothing wrong, but there is a bigger issue here.

Mississippi is the poorest state in the union. 18.8% of its residents live at or below the poverty line. The state also boasts the highest child poverty rate, with 27.9% of its under-18 population meeting federal poverty guidelines.

Jackson, the state’s biggest city, is currently engulfed in a water crisis, which has left more than 180,000 residents without running water. And this isn’t a new problem, just one that seems to get ignored time and time again.

According to Time, Jackson has struggled with safe water access since the 1940s, but nothing has been done.

In the 1970s and again in 2020, the EPA warned that the city had to get serious about updating its infrastructure to improve water quality, but they didn’t.

Jackson’s Mayor Chokwe Antar Lumumba said the city’s water plant had failed numerous times since 2020. According to the official, in early 2020, the city’s water system failed an Environmental Protection Agency (EPA) inspection. In the report, the agency wrote that the drinking water “had the potential to have the presence of” harmful bacteria and parasites, “based on evidence” of turbidity and cloudiness in the water. They also expressed concerns about the “condition of the distribution system.”

How can a state justify spending $70 million in welfare money on rich people’s agendas when hard-working folks in Jackson can’t even get water to brush their teeth? It’s hard to believe state officials care much about the Black folks in Jackson. If they did how could they ignore the many calls to action to fix the looming water crisis before it reached its tipping point?

Now thousands of Americans are suffering. 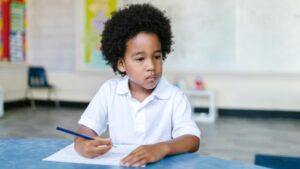