At the heart of the accusations against Johnson & Johnson is that it was aware that its products might cause cancer even as it marketed them. Credit…Mike Segar/Reuters

Lawsuits and trials involving claims that talc in Johnson & Johnson’s baby powder caused cancer are ramping up again, with a new complaint filed on Tuesday on behalf of the National Council of Negro Women.

The group accused the company of “knowingly deceptive marketing to Black women” for decades — with free samples at beauty salons, radio campaigns and other efforts — despite internal concerns that the product might be harmful.

At the heart of the accusations against Johnson & Johnson, in this case and others, is that the company was aware that its products might cause cancer even as it marketed them. Johnson & Johnson is facing more than 25,000 lawsuits related to the talc products and to claims that they caused ovarian cancer and mesothelioma, and set aside nearly $4 billion last year to handle the legal battles.

Some of the suits blame asbestos-contaminated talc for health problems; internal company documents show that executives knew for decades of such concerns. Contamination of the talc by asbestos — a known carcinogen — can occur during the mining process.

With the latest suit, the National Council of Negro Women highlighted the racial overtones of Johnson & Johnson’s selling strategy: focusing on a demographic that it knew was more likely to frequently use baby powder but that was at a disadvantage when dealing with potential consequences.

During a news conference in Washington on Tuesday, Janice Mathis, the group’s executive director, said Black women often received substandard medical counsel, were underinsured and were treated later compared with the treatment white women received.Daily business updates  The latest coverage of business, markets and the economy, sent by email each weekday. Get it sent to your inbox.

“You’re in kind of a Catch-22 — without insurance, later in the disease, not getting good advice, and then add to that a corporation that is intentionally targeting you,” said Ms. Mathis, who was accompanied by the relatives of women who used baby powder and died of ovarian cancer.

One woman who spoke at Tuesday’s event, Wanda Tidline, said she was diagnosed with ovarian cancer in 2012 despite her family’s having no history of the disease. She said she had used Johnson & Johnson’s baby powder for “many, many years.”

“Because of the advertising, I felt that it was safe,” she said.

The lawsuit laid out several examples of Johnson & Johnson’s targeted advertising, including a 1992 internal memo that noted the “high usage” of baby powder among Black women, the “opportunities to grow the franchise” among the demographic and “negative publicity from the health community on talc.”

In a statement, Johnson & Johnson reiterated that its products were safe, did not contain asbestos and did not cause cancer.

The Best Way to Respond to Text MessagesCharged With Treason, a Genocide Survivor Opts to Fight, Not FleeHow Much Hotter Is Your Hometown Than When You Were Born?Continue reading the main story

“The accusations being made against our company are false, and the idea that we would purposefully and systematically target a community with bad intentions is unreasonable and absurd,” the company said.

Since 2000, Johnson & Johnson has tried to reach Black women through promotions at concerts, churches, beauty salons and barbershops and considered signing Patti LaBelle or Aretha Franklin as a spokeswoman, according to the lawsuit. A radio campaign in 2010 targeted “curvy Southern women 18-49 skewing African American,” the legal filing said, citing Johnson & Johnson documents.

As courts reopen, several talc trials have been scheduled, starting on July 12 with a case filed on behalf of an Illinois resident who died in 2016 after being diagnosed with ovarian cancer.

Tuesday’s lawsuit, filed in state court in New Jersey, where Johnson & Johnson is based, seeks legal costs from the company and support for “equally targeted corrective outreach to the Black community” and medical monitoring and early detection services focused on ovarian cancer.

Last year, the company said it would remove talc-based baby powder from sale in North America, citing slumping demand amid changing consumer habits and concerns about the product.

Johnson & Johnson has prevailed in some talc cases but lost others. The company sought to overturn a multibillion-dollar verdict awarded to 22 customers, but the Supreme Court declined to hear its appeal in June. Many other cases have been consolidated into a bundle known as multidistrict litigation being handled in federal court in New Jersey, with the first case ordered by the presiding judge to go before a jury by April.

Tiffany Hsu is a media reporter for the business desk, focusing on advertising and marketing. Previously, she covered breaking business news. Before joining The Times, she wrote about the California economy for The Los Angeles Times. @tiffkhsuA version of this article appears in print on July 28, 2021, Section B, Page 4 of the New York edition with the headline: Black Women File Lawsuit Against J.& J. On Talc Powder. Order Reprints | Today’s Paper | Subscribe Being Puzzled for a Moment Can Help Treat Alzheimer’s Symptoms 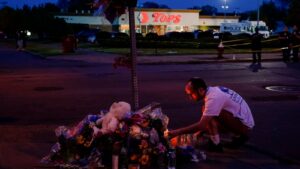