On July 30, 1965, President Lyndon Johnson signed Medicare, his “number one priority,” into law. On July 1, 1966, using primitive communication techniques such as post cards and door-to-door canvassing, the vast majority of Americans over 65 were enrolled. Today Medicare is our most popular and cost-effective health insurance program.

Medicare has improved health and reduced poverty for tens of millions of older adults, but despite its many strengths, it needs improvements that should be addressed in the budget reconciliation bill being formulated in Congress. While a full-on transition to “Medicare for All” would be the preferred solution, we should make every effort to achieve these improvements as soon as possible. These improvements are particularly critical to Black Americans who have poorer health, more chronic conditions, and more cost-related barriers to care than whites.

More forms of healthcare should be covered – Medicare doesn’t cover vision, hearing and dental care, each of which can have a major impact on overall health. According to a 2018 Commonwealth Fund analysis, most people on Medicare who needed a hearing aid didn’t have one, most who had difficulty eating because of their teeth hadn’t seen a dentist in the last year, and almost half of those with vision problems hadn’t had an eye exam in over a year. Medicare should include vision, hearing and dental care.

Out-of-pocket are too high and should be capped – Traditional Medicare pays only 80% of its approved charge for most medical services and has no limit on out-of-pocket expenses. These costs are daunting for many. More than half of people covered by Medicare live on less than $30,000 a year, and many can’t meet their basic needs. The median income for African-Americans covered by the program is only $23,000. At the same time, the average beneficiary spends almost $6000 annually on medical care. It doesn’t take a math genius to figure out that those numbers don’t compute, so it’s no surprise that over half of recipients fear an illness would lead to bankruptcy or debt. Congress should place an affordable cap on out-of-pocket costs.

The age of eligibility should be lowered – Medicare is only available to people over 65 and some with disabilities. Getting adequate healthcare sometimes resembles a game of craps—roll the dice and see if you can wait until you are over 65 to get a serious illness. A recent Stanford University study showed that people over 65 had better cancer outcomes than patients in their early 60’s. One might expect the younger group to do better, but the older group had the advantage of better access to healthcare through Medicare. Lowering the eligibility age to 60 would give 23 million more people the security and better outcomes of Medicare coverage.

Drug prices should be lowered through negotiation – On average, Americans pay more than twice as much for medications than do people in other wealthy countries. Allowing Medicare to negotiate drug prices would save hundreds of billions of dollars. These savings could be used to pay for the other improvements.

These proposals are popular. A large majority of seniors want to see coverage of dental, vision and hearing care. Support for lowering the Medicare age is bipartisan, as is support for drug negotiation.

These improvements would also extend beyond individuals. The COVID-19 pandemic has both illuminated and aggravated unconscionable racial and ethnic healthcare inequities, such as a disproportionate death rate which actually widened the gap in life expectancy between Blacks and whites, wiping out years of progress. Improvements to Medicare would not erase all inequities, but they would substantially mitigate many. Businesses would also benefit, as they would no longer bear as large a burden of their employees’ healthcare costs.

More than 150 members of Congress have signed a letter to President Biden requesting that the American Families Plan include an out-of-pocket cap, improved benefits, a lowered eligibility age and prescription drug negotiation for Medicare. If your representative is among them; thank them. If not, ask them to support it. Ask your Senators to support these improvements.

Happy and healthy 56th birthday, Medicare! Short of expanding Medicare to cover everyone, there is no better way to celebrate this milestone than to enhance the physical, emotional, and financial health of seniors by improving and expanding Medicare benefits. 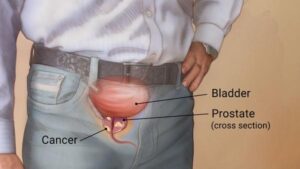 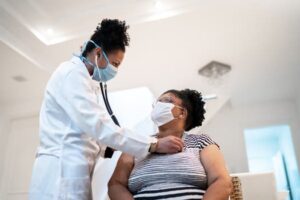