Warning: array_merge(): Expected parameter 2 to be an array, string given in /var/www/wp-content/mu-plugins/gd-system-plugin/plugins/mwc-core/src/WooCommerce/Payments/GoDaddyPayInPersonGateway.php on line 1759
 On this day in history, August 30, 1967, Thurgood Marshall is confirmed to SCOTUS as first Black justice -
Skip to content

Thurgood Marshall became the first Black justice to be confirmed to the United States Supreme Court on this day in history, August 30, 1967.

President Lyndon B. Johnson first appointed Marshall to the Supreme Court following the retirement of Justice Tom Clark that same year, according to History.com.

At Marshall’s confirmation hearing, some southern senators expressed concern with his liberal outlook and activism, the National Constitution Center reported.

But most Judiciary Committee senators noted Marshall’s admirable and desirable qualities such as “thoughtfulness, care, moderation, reasonableness, a judicial temperament and a balanced approach to controversial and complicated national problems.”

The full-floor vote and debate on Aug. 30 took about six hours, according to the National Constitution Center.

Marshall was ultimately confirmed by the Senate by a 69-11 vote and took two oaths — one in September 1967 and the other in October 1967, when he first took the bench.

Marshall remained on the Supreme Court for 24 years voting in favor of abortion rights and against the death penalty during his time on the high court.

As a kid with an appreciation for the U.S. Constitution, Marshall aimed to attend law school after graduating from Lincoln University in Pennsylvania in 1930.

Marshall later took on Maryland School of Law in a successful lawsuit for the school’s unfair admissions policy, History.com reports.

The lawyer eventually set up a private practice in his home state of Maryland and began working with the Baltimore NAACP.

In 1940, he became the advocacy organization’s chief counsel at 32 years old.

Marshall soon developed a reputation as one of the nation’s leading advocates for individual rights.

He won 29 of the 32 cases argued in front of the Supreme Court.

All of these cases challenged the “separate but equal” doctrine established in the Plessy v. Ferguson landmark case, History.com noted.

erhaps the peak of Marshall’s career in law was represented by his victory in the 1954 Brown v. Board of Education case, which launched the desegregation of America’s schools.

Marshall’s work was recognized by President John F. Kennedy in 1961, who appointed him to the U.S. Court of Appeals for the Second Circuit — a position he held until 1965.

Marshall stepped down from the Supreme Court in 1991 due to health concerns and age, the SCOTUS blog pointed out — but his legacy in advocating for individual rights lives on. 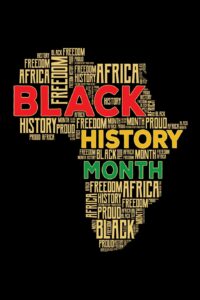