Warning: array_merge(): Expected parameter 2 to be an array, string given in /var/www/wp-content/mu-plugins/gd-system-plugin/plugins/mwc-core/src/WooCommerce/Payments/GoDaddyPayInPersonGateway.php on line 1759
 Florida voters tire of DeSantis stunts -
Skip to content

St. Petersburg, Florida—The political invincibility of Governor Ron DeSantis is melting away according to a recent poll showing a dramatic shift in support to Democratic opponent Charlie Crist. The survey was taken after DeSantis shipped legal immigrants from Texas to Martha’s Vineyard, Massachusetts. The poll featured in Newsweek and Nate Silver’s 538 shows Crist leading DeSantis by 6 points, which is beyond the margin of error and a 12-point swing in Crist’s favor.

“When you are this inhumane in how you treat human beings you are not qualified to be governor of anything,” Crist said. “It’s amazing to me what he is willing to do for sheer political gain, to use people in this horrific way.” Pressured to justify what was called a “stunt,” costing taxpayers $615,000.00, DeSantis said he did it “to protect Florida,” from illegal aliens.  Of course, the Venezuelans were in Texas legally.

DeSantis mimicked the same strategy used by segregationists in 1962. Southern governors calling themselves The Citizens Council used the same false promises of jobs and housing to bus African Americans to the Kennedy Compound in Hyannis, on Cape Cod, Massachusetts.  And as in Martha’s Vineyard, instead of rejection, the groups were welcomed and helped.

from the post on September 23 and asked to be removed from the November ballot. Pictures surfaced of a smiling Jones wearing Klu Klux Klan garb. In letters to DeSantis and Gadsden County Elections Supervisor Shirley Knight, Jones said, “for personal reasons, I am no longer able to continue (the campaign).” Gadsden County is Florida’s only Black majority county.

DeSantis problems keep piling up. He is misreading voters badly according to the Greg Fink, a conservative strategic consultant with The Listener Group that did the recent poll. Finks says DeSantis’s decline in support began when he started targeting school boards that disobeyed his school mask bans. Fink said DeSantis was leading by 9 points in three polls, but by June he was tied with Crist. Fink said, “All of a sudden he just got behind and hasn’t come back from it.” The Listener Group’s accuracy backs up its numbers.  It predicted Trump’s 2016 victory and Crist’s shellacking of Nikki Fried in August.

DeSantis’s political woes ticked up a notch as his mentor Donald Trump is now openly attacking him. In news headlines Trump said, ‘I Made Him’: Trump Calls DeSantis ‘Ungrateful,’ Wonders ‘Why He Doesn’t Appreciate Me More.’ Trump has also called donors and asked them to stop contributing to DeSantis. Now there’s serious doubt that the former president will endorse his apprentice in his bid for re-election. That will tear into his base causing MAGA voters to stay away from the polls 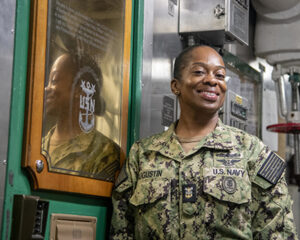