He was the first civil rights leader to be assassinated, but few know his name. His murder was the spark that ignited the American civil rights movement, but even fewer know his story.

Before graduate student Mike King began using his given name, Martin Luther, before Detroit Red changed his name to Malcolm X, and before Medgar Evers joined the NAACP, civil rights activist Harry T. Moore and his wife, Harriette, were murdered.

On Christmas night, 1951, an explosion ripped through the little frame cottage he sand his wife of 25 years called home. The bomb was planted beneath their home, directly under their bedroom. The brutal, deadly force of the blast slammed the bed they were sleeping in through the thick wood ceiling rafters.

In the 1950s, in the Deep South, Moore’s political activism had earned him plenty of enemies. Some labeled him “the most hated black man in Florida.” Harry Moore’s mother, visiting for the holidays, voiced her concerns for Moore’s safety late that evening. “Every advancement comes by way of sacrifice”, he told his mother before going to bed. “What I am doing is for the benefit of my race.”

A Man On A Mission

Harry T. Moore traveled the boggy marshes of Florida, devoting himself to helping African Americans learn their constitutional rights. He was almost single-handedly responsible for creating, and then expanding the Florida NAACP, which in 1951 was the only viable civil rights organization in the country. A school teacher by profession, fired after twenty years for his political activities, Moore fought against racial injustice long before there was a civil rights movement.

He launched his own investigations of brutal lynchings and unspeakable acts of mob violence in an era when a sixteen year old black boy was killed merely for sending a Christmas card to a white girl – forced to jump into the Suwannee River in front of his own father, where he drowned.

Harry Moore wore out countless typewriter ribbons writing eloquent protest against such brutality, knowing they would be met with outright hostility or indifference from white officials. On a hand-cranked Ditto machine set up on his dining room table, he churned out thousands of circulars attacking lynchings, segregated schools and unequal salaries for black teachers. Wearing his second hat, as the executive secretary of the Progressive Voter’s League, which he co-founded in 1944, he was the singular driving force in the registration of 100,000 new black voters in Florida.

A “troublemaker and a negro organizer”, he accomplished all of this…all in his measured, resolute fashion at a time when most blacks were still afraid to challenge the Jim Crow system head-on. He ignored “go along-to-get-along” advice from his peers during a time when the greatest accomplishment of many NAACP branches was their Annual Coronation Ball and Beauty Pageant.

The Harry T. & Harriette V. Moore Memorial Park is a site that serves as a Memorial to the Moore’s, an Epiccenter of the Civil Rights Movement for social and cultural activities.

For more information, please visit www.harryharriettemoore.org or contact the Cultural Center at 321-264-6595.

Share your memories of Martin Luther King Jr. with News 6

BPS will discuss possible discipline changes with panel of teachers, parents and others 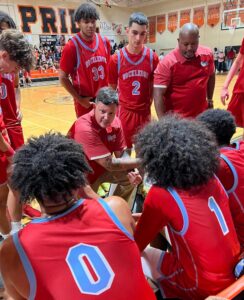