Shawn Sima’s daughter survived sudden cardiac arrest. He’s on a mission to get proposed legislation passed that would require EKGs for student athletes. 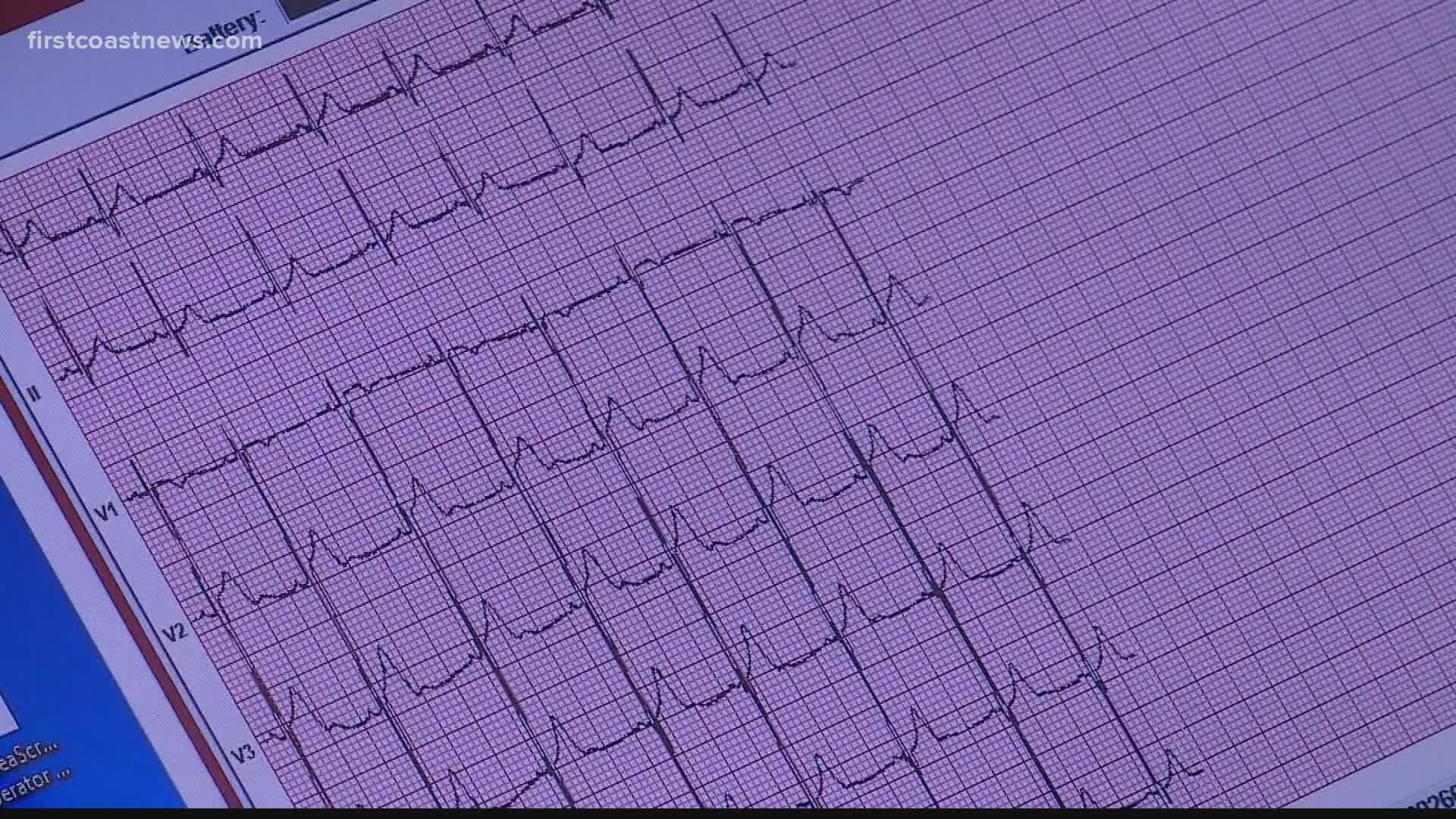 JACKSONVILLE, Fla — A Jacksonville native who helped get legislation passed making CPR training a graduation requirement in Florida is now pushing to get another bill passed. The Electrocardiograms for Student Athletes bill  would require student athletes to have an EKG once in middle school and once in high school in order to play  school sports.

Shawn Sima’s daughter collapsed while running on a treadmill.

“My 16-year-old daughter survived sudden cardiac arrest, a lifelong athlete, the picture of health, you’re looking at a guy who’s done 1000s and 1000s of school physicals to clear children to play sports,” Sima said. “I didn’t realize that a lot of the things that we do to protect our children really don’t protect them. The school physical is just not enough.”

That’s why Sima who is a physician assistant is urging Florida lawmakers to pass House Bill 59 and Senate Bill 1590.

“There are studies out there that show right now with a stethoscope exam that 90-96% of things that will kill our kids are missed,” Sima said. “Adding an EKG when it’s read with something called the international criteria increases the chance of finding deadly heart conditions by 90 to 95%”

For Jalen Clausell, his heart condition was discovered after he collapsed during a basketball practice when he was 16. He ultimately had to have a heart transplant.

“It was scary,” Cielita Allen, his mother, said.

She believes an EKG would have detected his arrhythmia disorder before he had sudden cardiac arrest and supports making EKGs mandatory for student athletes.

“By him being athletic all his life playing ball since he was five years old, we never did get one because we didn’t think he needed one. He was a healthy kid.”

Sima knows getting the bills passed won’t be easy.

“Funding right now, that’s always the question. And that’s the battle. That’s the uphill climb that we face,” Sima said.

But plans to do everything he can to see the proposed legislation signed into law.

“It’ll be one of the most lifesaving laws there is and a standard of care changer,” Sima said.

The bills would give parents the option to object in writing to their student athlete having an EKG if they oppose it based on religious principles or if they provide a written recommendation stating the student does not require one.