Imagine it—the feeling of soft sand beneath your toes as the evening sky transforms from pale orange into a deep violet. With the days’ adventures fresh on your mind, there’s just a moment to reflect before the countdown begins and massive engines ignite, illuminating the sky and sending a rocket thundering away to the stars above.

This is the Florida Space Coast—the perfect place to experience a vacation that truly feels out of this world! And while space may be front and center on a trip here, there is so much more to explore. Whether your goal is to take in world-class arts and culture at a dazzling array of museums, take a stab at hanging ten on some of the world’s best surf, or observe thriving wildlife ecosystems and breathtaking natural phenomena, there is something for everyone here.

Below, we’re counting down five reasons why Florida’s Space Coast is a destination unlike any other.

72 miles of coastline means something for every beachgoer, from seaside thrill seekers to those who want to stretch out with a good book and a cool drink. First stop at Cocoa Beach, a family-friendly destination offering the perfect combination of sun, sand and beach side attractions. Spend the day exploring this cozy surf-town, stroll along the Westgate Cocoa Beach Pier, or pop into epic surf shops for memorable souvenirs. Be sure to spend some time on the water here; it’s a prime destination for parasailing, boogie boarding, surfing or even just splashing around. For a breathtaking blend of boardwalks and surf breaks, visit the Indialantic Boardwalk and Park—swells here offer a great environment for both beginners and experienced surfers.

If you’re looking for a beach with a little more of an untouched feel, take a trip to Canaveral National Seashore. Its pristine, undeveloped shoreline is part of the National Park system and offers utter tranquility and excellent access to see wild birds and marine life. Just over the dunes from Patrick Space Force Base lie Tables Beach and Pineda Beach Park. These quiet beaches are prime for spreading out, surfing and sunbathing. While you’re there, be sure to sift through the sand to take home some one-of-a-kind seashells. The southern portion of Florida’s Space Coast is home to Melbourne and its charming beaches. Known as “The Harbor City”, Melbourne’s beaches offer great waves and great relaxation. Bring your pup to play in the wave break at Canova Park in Indian Harbour Beach.

Florida’s Space Coast is known as the surfing capital of the East Coast, with surf legends like Kelly Slater, an 11-time world champion, riding their first waves here. Being an expert isn’t required to hang ten, though! At Cocoa Beach, surf schools like School of Surf and Ohana Surf School offer individual and group lessons for surfers of all ages and abilities.

With paddling, standing up, and cruising to shore under your belt, visit Sebastian Inlet State Park, a major hotspot for surfers from around the world—many of whom are more than happy to have an audience while surfing spots like “First Peak” and “Monster Hole.” Want to go where the locals go? Try The Streets, a short distance from downtown Cocoa Beach, and 2nd Light Beach—look for cars topped with surfboards, and you’ll know you’re in the right place!

3. Arts & Culture to Write Home About

From charming downtown theaters to eclectic art galleries, Florida’s Space Coast is home to an art scene that is immersive, accessible, and—most importantly—tons of fun. Take in a production at Cocoa Village Playhouse or Henegar Center for the Arts, or go on a tour dedicated to the area’s famed murals, with walls all around downtown Titusville and downtown Melbourne serving as blank canvases for creatives from all over the country.

If stepping back in time is your idea of a well-spent afternoon, visit one of the Florida Space Coast’s 28 museums and historical homes, like the Harry T. & Harriette V. Moore Memorial Park and Museum, where interactive exhibits tell the story of some of Florida’s earliest and most important civil rights activists.

Imagine inky-black water, still in the calm of night, suddenly coming alive with a blue-tinted glow that must be seen to be believed. While it sounds like something from a science fiction film, it is actually bioluminescence; the Florida Space Coast is home to one of the few lagoon systems where it can be observed. Phytoplankton called Noctiluca, which thrive in warmer waters like those found in this part of the world,emit a special blue light when disturbed. As dolphins, fish, manatees, and even jellyfish glide through the waters of the Indian River Lagoon system, it slowly brightens, changing colors before your very eyes. The season peaks in September, though anytime between June and October is ideal for encountering this rare phenomenon.

The Florida Space Coast is also home to one of North America’s top nesting grounds for sea turtles, with some 90 percent of eggs laid in the United States taking place here. Three types of turtles (loggerhead, green, and leatherback) call this part of Florida home, with many nests located in the Archie Carr National Wildlife Reserve. The Sea Turtle Preservation Society, Archie Carr National Wildlife Reserve, and Merritt Island National Wildlife Refuge at Canaveral National Seashore all offer educational programs for all ages, with special guided observations during egg-laying season. Birds, too, are plentiful here; on the area’s Great Florida Birding and Wildlife Trail and Viera Wetlands, you might see a purple gallinule or an American golden plover!

With NASA and the Kennedy Space Center, plus newer companies like SpaceX and United Launch Alliance, Florida’s Space Coast is the gateway to space. Before your visit, use this interactive map to find out if a rocket will be launching during your stay—and the best spots from which to watch the blast off.

At the Kennedy Center Visitor Complex, check out the Space Shuttle Atlantis, which completed 33 missions to outer space during its lifetime, and the Saturn V Rocket, which is 60 feet taller than the Statue of Liberty.

Experience space for yourself via Gateway: The Deep Space Launch Complex. On this immersive exhibit, discover current and upcoming cutting-edge innovations in space exploration. Take any of the four unforgettable journeys like Red Planet, which transports visitors to the rugged landscape of Mars, or Daring Explorers, which follows the path of robotic explorers to the moons of Saturn and Jupiter. While there, don’t miss seeing the SpaceX Falcon 9 First Stage Rocket Booster; the reusable booster has already flown in space!

At the American Space Museum and the Space Walk of Fame, learn about the human stories behind America’s space race, including Air Force Launch Pad consoles and space shuttle launch controllers. Space View Park’s Walk of Fame holds the handprints of some of the world’s most important astronauts, like Neil Armstrong and Buzz Aldrin, the first astronauts to set foot on the moon. See if yours fit while you contemplate what it might have been like to go where no one had ever gone before!

More space history is on display at Sands Space History Center, located outside the south gate of Cape Canaveral Space Force Station. Here, visitors can see photos and hear stories from some of the complex’s biggest space launches—it’s a great way to instill a spirit of exploration in your intrepid group of space fans! 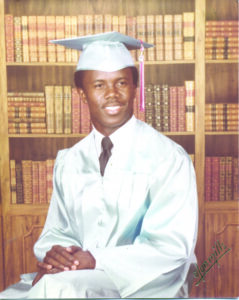 Tone deaf corporate America blasted for trying to ‘own Juneteenth’