Despite being a four-year incumbent, state Sen. Tom Wright, a New Smyrna Beach Republican, will be seeing his name on the ballot for the first time.

In 2018, he was chosen by GOP leaders as the replacement for Dorothy Hukill, who died only weeks before that year’s election. Her passing came too late for election officials to replace her name on the ballot, and votes for her were tallied as votes for Wright. With Hukill receiving 59%, Wright won the seat, which covers southern Volusia and northern Brevard counties.

Wright, 70, is the owner of two manufacturing companies in Minnesota, his home state. He moved to Florida in 2004 and has been active in supporting social-service organizations.

Williams, 40, is a Florida native who graduated from the University of Central Florida with a psychology degree before earning a master’s degree in human resources development from Webster University online. She has worked as a manager in the non-profit field and is a board-certified assistant behavioral analyst. She said she’s caring for her elderly father.

Wright said he declined to debate Williams because he’s taking a cautious approach to the campaign.

“My feeling is that I’ve been doing the senator job now for four years trying to promote myself everywhere I go. And it would be foolish of me to allow her then to piggyback onto that airtime,” he said in an interview this week with The News-Journal. “That’s just my feeling and that’s why I’ve refused to do any debates with her, because I’m then in a sense empowering her to be there hoping that I make one mistake in one word somewhere.”

Who is Andrea Williams and what does she stand for?

Williams entered the race late, in June, inspired by the Supreme Court’s ruling in the Dobbs v. Jackson Women’s Health Organization case this spring overturning the Roe v. Wade federal protection of a right to abortion.

“That just spurred me as a crisis manager, feeling that this is not your normal year of politics. This mid-term is critical and I have to jump into it and do something about it.”

Her political background includes stints as a volunteer for the Barack Obama and Hillary Clinton campaigns.

Williams said her family is one of service. Her father served more than 20 years in the Air Force, while she also has two brothers who have pursued military careers.

“I am more in it for the intrinsic value of trying to see how I can improve people’s lives, along with my own, and work for the people over the politics,” she said in a September interview.

Among her top concerns is the increasing cost of living.

She believes the way to address affordable housing shortage is to declare it a crisis and work with the governor and CFO so together they can implement ways to bring down these costs.

With a crisis declaration, she envisions government intervening when landlords attempt to raise rents exorbitantly, similar to the approach to price-gouging during a hurricane.

“It’s more of a stopgap where they can look at it and say, ‘Hey, there’s no reasonable justification for you to have doubled or tripled the rent other than the fact that you can,'” Williams said.

Williams supports full funding of the Sadowski Fund, which was created to use document stamp revenue for affordable housing. Republicans have repeatedly diverted some of that funding to other causes over the years.

She would also attempt to support the supply chain by having programs to steer workers to industries such as trucking.

Williams has been critical of Gov. Ron DeSantis’ approach to immigration, which has included using state funds to fly some 50 migrants seeking asylum from Texas to Martha’s Vineyard, Massachusetts, because he said some of them might be headed to Florida.

“We need to, instead of throwing away $12 million for political stunts, focus on paying our workers more,” Williams said.

She said Florida is filled with immigrants; it’s part of the state’s strength.

The solution isn’t building a wall or summarily rejecting all immigrants. The nation’s immigration system would be greater with improved processing.

“That processing can help us to weed through things. If there’s a concern that someone is dangerous or come here for nefarious reasons, let’s improve that processing so that we can pick them out of the limelight sooner than later,” she said. “It’s not about shutting the borders. America is built on people coming here to start a new life, to do better for their families or flee persecution.”

On abortion, Williams said she believes DeSantis and the GOP-led Legislature will remove rape and incest as exceptions to limits on abortion, while possibly also shortening the time limit on having a legal abortion after having reduced it from 24 to 15 weeks earlier this year.

“Rape and incest are crimes. They absolutely should be exceptions. It is unreasonable to look at a six-week level like you see in Ohio.”

She aims to codify women’s reproductive rights into the state Constitution.

“I think it’s a medical decision between that person, that person’s family and their doctor,” she said.

Williams is critical of Wright, saying he’s too concerned with helping big business and not “the people,” when he refuses to take meetings with citizens on opposing sides of an issue.

“You have to be able to take the compliments with the criticism and you have to look at all sides of your community and look for solutions and I don’t see him doing that,” she said. “I want to give the people a real choice.”

Wright said he has passed some 40 bills, largely in support of “those suffering from domestic abuse, child abuse, helping our veteran population and standing up for our law enforcement people.”

One of his bills increased the penalty for harming, injuring or killing any animal in the service of law enforcement, making it a second-class felony.

He also takes credit for passage of a bill that allows surviving spouses of veterans continue to enjoy special benefits, like a discount on real estate taxes if they are disabled.

“Whenever the veteran dies, the remaining spouse will be allowed to continue to enjoy those benefits until that spouse dies or remarries,” he said.

He said he was “very involved” in helping the Volusia County Sheriff’s Office establish its own law enforcement academy, which has resulted in a surge of applications for openings and a better-staffed agency.

One of his priorities if re-elected, is strengthening DUI laws.

Too many times drivers with a history of driving under the influence have been involved in fatal accidents.

“I think we have to come up with stricter laws that we can’t just have this revolving door,” he said. “It destroys so many lives.”

Wright said he would favor lengthening the time frame for a woman to have an abortion. Perhaps the 2022 shortening from 24 to 15 weeks was going too far, he said. And he supports rape and incest as exceptions to abortion restrictions.

“That’s one of the things I’ve found in my four short years as a senator is that some of the bills we pass we think are good at the time, and then later we think, ‘Mmmm, it could be tweaked a little bit, so we can always do that,'” he said. “We can always tweak it a little more.’”

That’s one of the things I’ve found in my four short years as a senator is that some of the bills we pass we think are good at the time, and then later we think, “Mmmm, it could be tweaked a little bit, so we can always do that. … We can always tweak it a little more.”

Wright acknowledges affordable housing is “a tough one,” as the cost of building houses has risen exponentially.

“I think affordable housing is getting further out of reach of the average person who has a good professional job, like a teacher, a law enforcement officer, EMS personnel, all these people that we count on in our life to provide our services and they’re having a very difficult time to be able to afford a home,” he said. “And that, to me, that’s just wrong with our society.”

But he opposes any caps on rent.

“You start putting caps on them and the next thing you know, no one is going to be building apartments,” he said, adding that open markets and competition typically helps to control costs.

“It’s something that I think the general public when you think about it says, ‘OK, I have a home and I bought my own home and I’ve worked hard to have my own home. Why should I be investing in somebody else’s home as a taxpayer? They have the same opportunities that you and I have.’ And I just think that’s where the mindset goes,” he said. “We think everyone has those same opportunities. And not everybody does.” 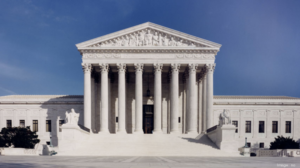 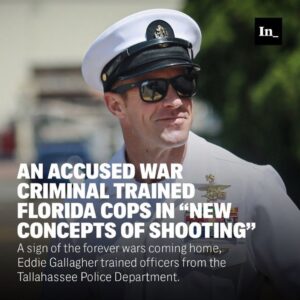