Warning: array_merge(): Expected parameter 2 to be an array, string given in /var/www/wp-content/mu-plugins/gd-system-plugin/plugins/mwc-core/src/WooCommerce/Payments/GoDaddyPayInPersonGateway.php on line 1759
 Caribbean-Americans in the Struggle for Equality -
Skip to content

Caribbean Americans have played an important role in the struggle for racial equality throughout the history of the United States. Some early examples of this include John Brown Russwurm and Robert Campbell, who were slavery abolitionists who were both born in Jamaica. Denmark Vesey was another abolitionist who was executed for his role in plotting a massive slave uprising. Vesey was originally born in St. Thomas.

Marcus Garvey founded the Universal Negro Improvement Association in Jamaica where he was born. Garvey went to the United States in 1919. He eventually moved the headquarters of his organization to Harlem. In the years that Garvey lived in America the UNIA expanded across the United States. Garvey was eventually deported from the United States for his activism, but the influence of his work would continue to play an important role in influencing the activists who came after Garvey.

Louise Little, who was originally born in Grenada, became a member of the UNIA along with her husband Earl Little. Louise Little was also the mother of Malcolm X. Malcolm X rose to prominence as a spokesman for the Nation of Islam and eventually formed his own organization known as the Organization of Afro-American Unity. The Trinidadian born Stokely Carmichael served as the chairman of the Student Non-Violent Coordinating Committee from 1966 to 1967. In this capacity Carmichael marched alongside Martin Luther King in the March Against Fear in 1966. It was during this time that Carmichael would famously call for Black Power. Carmichael’s call for Black Power resonated throughout the African Diaspora and would go on to influence the development of a Black Power movement in Trinidad. Carmichael would later move to Guinea where he would change his name to Kwame Ture. Roy Innis who served as the National Chairman for the Congress of Racial Equality (CORE) was born in St. Croix in the U.S. Virgin Islands. Shirley Chisholm stands out in history as the first black woman to run for President. Chisholm’s parents were from Guyana and Barbados.

Caribbean Americans also challenged racism in the field of scholarship as well. George G. M. James who authored the influential book Stolen Legacy was born in Guyana. Arthur Schomburg was a prolific researcher who was originally born in Puerto Rico. Schomburg made such a significant contribution that the Schomburg Center for Research in Black Culture in the New York Public Library is named in his honor. These are but a few names to demonstrate the tremendous and important impact that Caribbean Americans have had on the struggle against racism and the struggle for equality in the United States.

Dwayne Wong (Omowale) is a Pan-Africanist activist, law student, and the author of several books on the history and experiences of African people, both on the continent and in the diaspora. 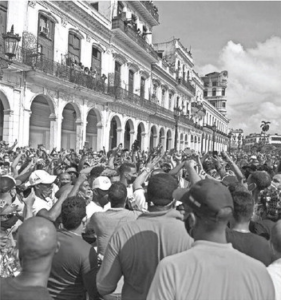 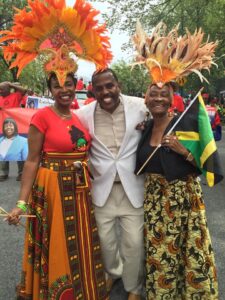 Caribbean Heritage Month and Its Importance to African American History