Several recent studies have shown that Black American overdose deaths have increased with the COVID-19 pandemic, ushering in a possible crisis as well.

The National Center for Health Statistics at the Center for Disease Control and Prevention released a report which showed that drug overdose deaths increased between April 2020 and April 2021 (during the first 12 months of quarantine during the COVID-19 pandemic).

Overall, opioid-assisted overdose deaths increased from 56,064 to 75,673 during that period.

The CDC also showed that between June 2020 and June 2021, drug overdose deaths increased by over 18%, which is just below the center’s prediction of over 20%, but an increase, nonetheless.

New York State recorded 2,572 deaths in June 2020 compared to 2,844 deaths in June 2021. An over 10% increase. The CDC couldn’t collect any more data due to the state’s underreporting of said data.
But the recent surge in drug overdose deaths have hit Black men the hardest according to a new report by the Pew Research Center.

Dr. Jeff Gardere, a clinical psychologist and professor at the Touro College of Osteopathic Medicine, stated, “…We do know that unemployment rates are usually higher for African Americans and therefore that results in not only more financial hardship, but family and specifically emotional hardship, which puts them at risk for possibly more substance abuse.”

The Economic Policy Institute noted in April 2020 that job losses have hit Black people especially hard, and for those who are working service jobs, essential workers gigs, the pandemic put them at risk of death.

It’s a concept that Princeton University economists Angus Deaton and Anne Case have chronicled in their New York Times bestseller “Deaths of Despair and the Future of Capitalism.” The book details how the flaws in capitalism hurt America’s working class the most.

A November 2019 study by Steven Woolf from Virginia Commonwealth University and Heidi Schoomaker of Eastern Virginia Medical School showed that overdose deaths increased among Black people between the ages of 55 to 64 in big cities. 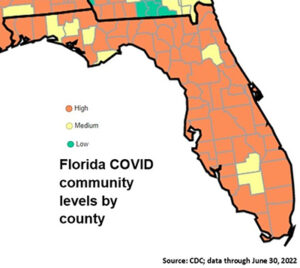